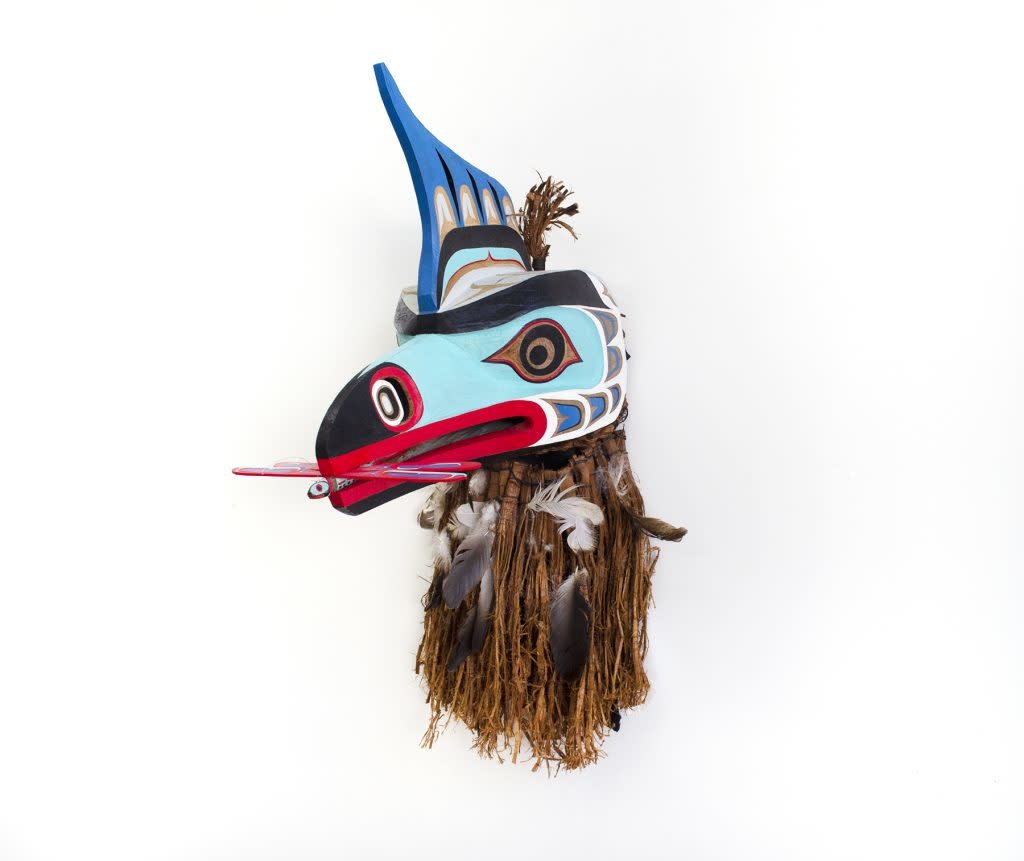 Alan Hunt is of Kwakwaka’wakw and Tlingit ancestry and currently resides in Alert Bay, BC. He dedicates himself to the cultural practices of his people as a singer in ceremonies and as an active participant in the potlatch. Hunt received his chieftainship from his grandfather, Chief Alfred (Hutch) Hunt, in 2015. He comes from a long line of great chiefs who were active in ceremony and the preservation of their people’s customs and traditions.

Hunt began art-making and carving regularly in 2011. In 2013, he began a long-term apprenticeship under master carver Beau Dick, which lasted until Dick’s death in early 2017. Like Beau Dick, Alan Hunt dedicates his practice to the promotion of Kwakwaka’wakw culture. Hunt has also enjoyed the great honour of being mentored by such esteemed master carvers as Wayne Alfred, Marcus Alfred, and Bruce Alfred.

Hunt carves in both Kwakwaka’wakw and Tlingit styles. He honours both ancestral bloodlines through work that embodies the richness of each culture’s artistic styles. He connects strongly to his ancestors with an understanding that this connection is essential to his spirit. It is because of these connections that Hunt’s approach to carving is so heavily rooted in upholding the traditional methods as this bridges him and his work to his ancestors, thereby embodying great authenticity.

Hunt worked closely with Beau Dick during Dick’s Artist-in-Residency at the UBC Department of Art History, Visual Art and Theory in his studio in the Audain Art Centre. It was there that Hunt assisted Dick in the creation of his works for documenta 14 (2017), which took place in Athens, GR and Kassel, DE.