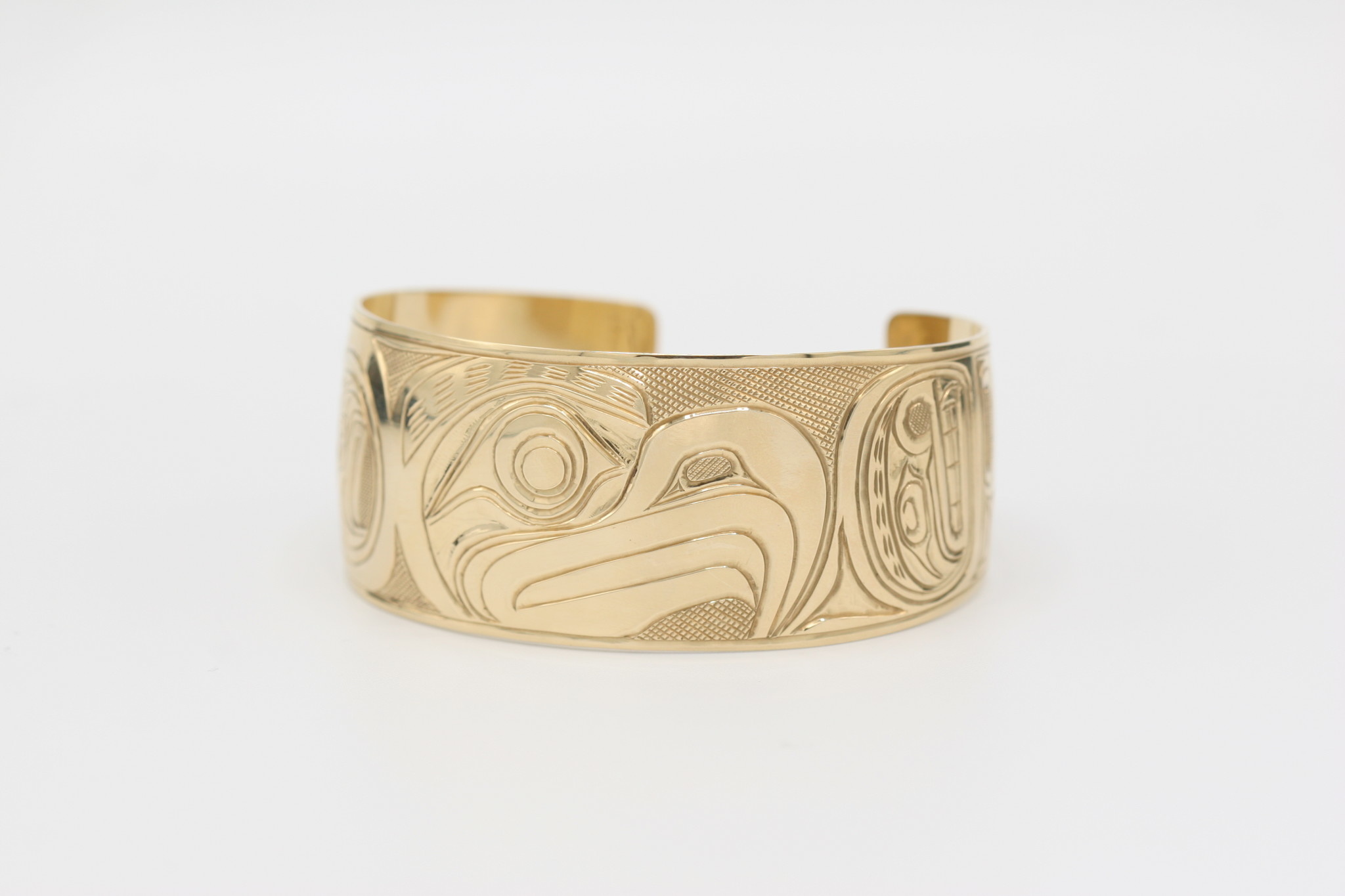 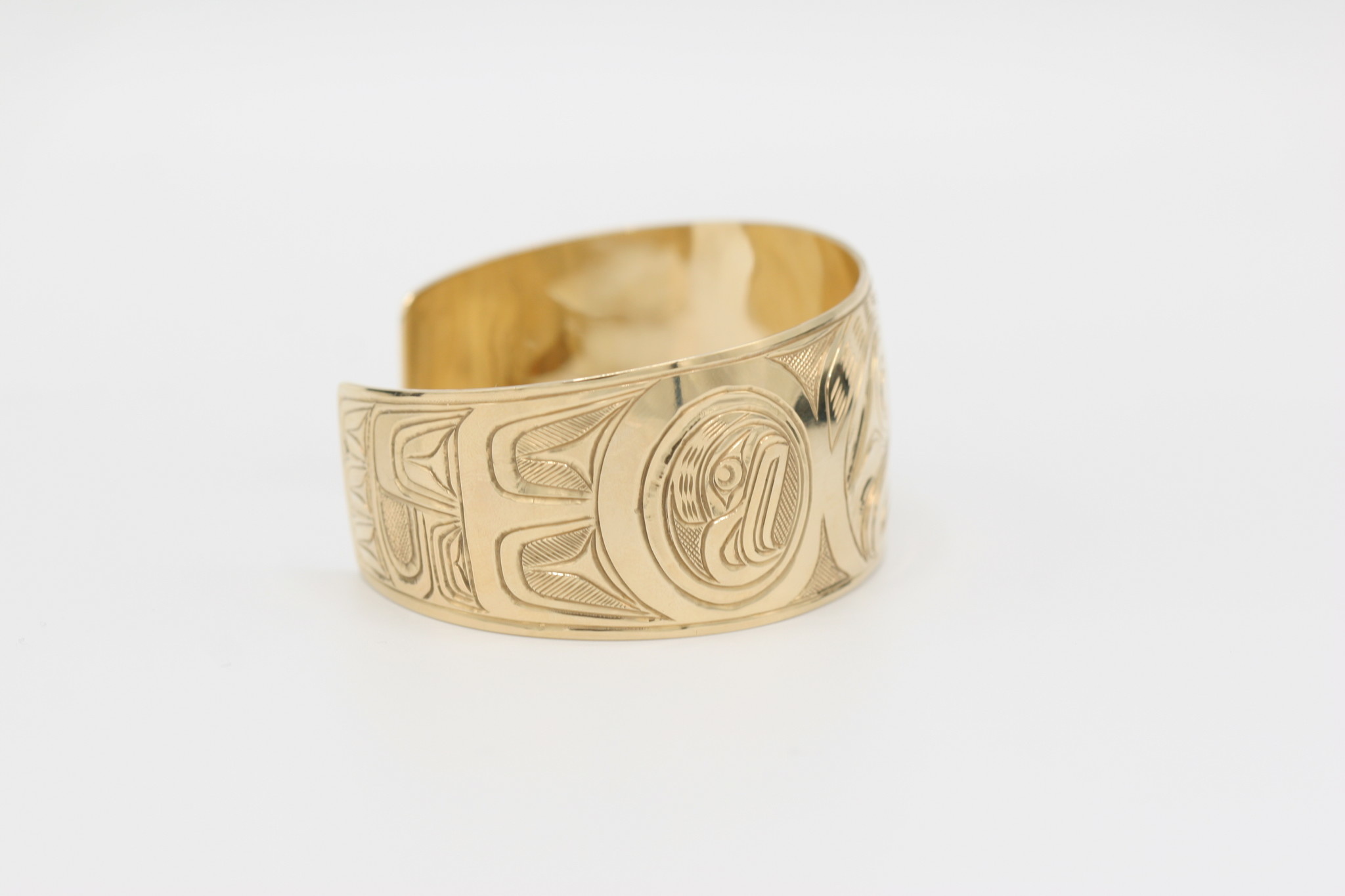 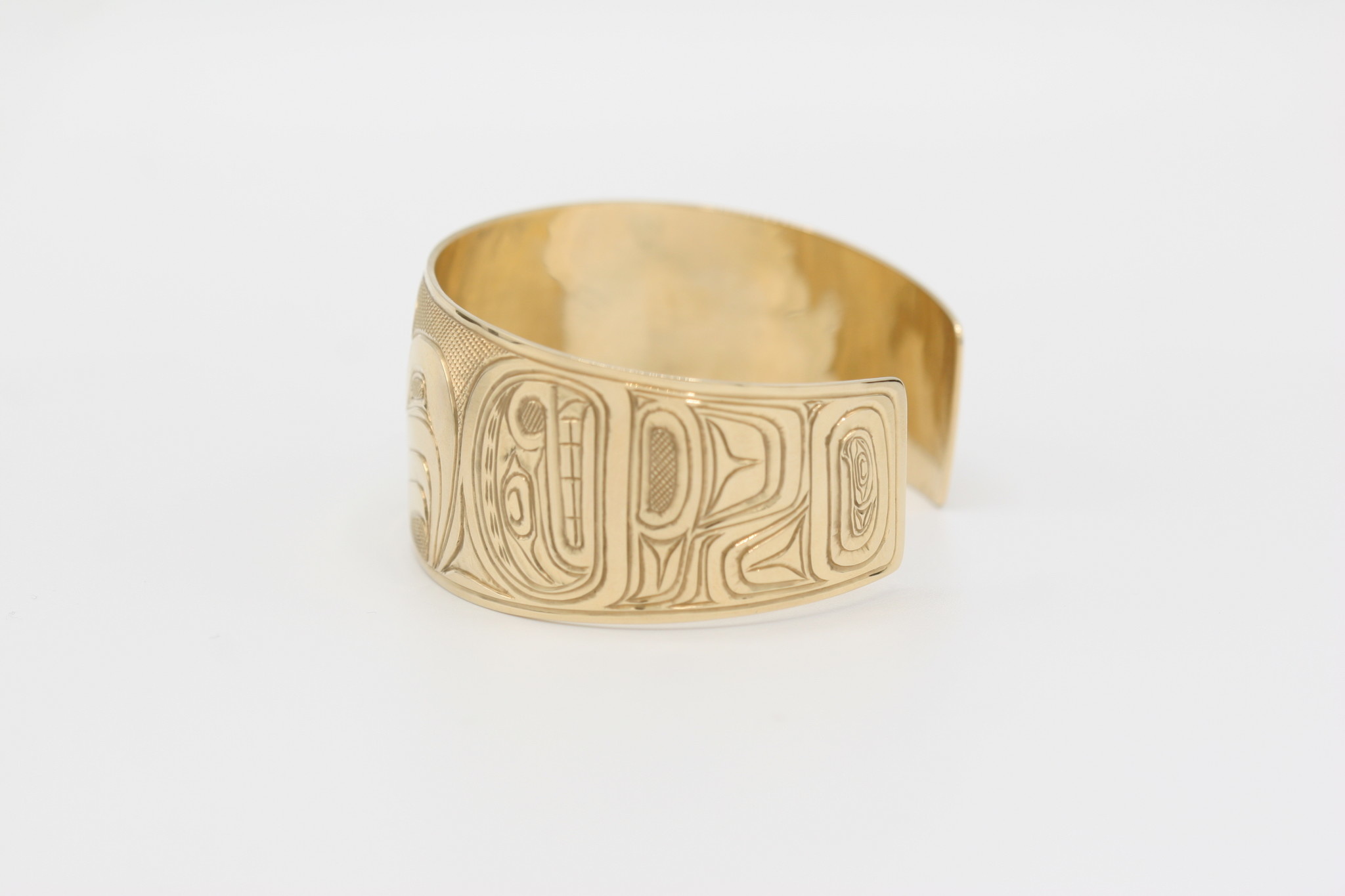 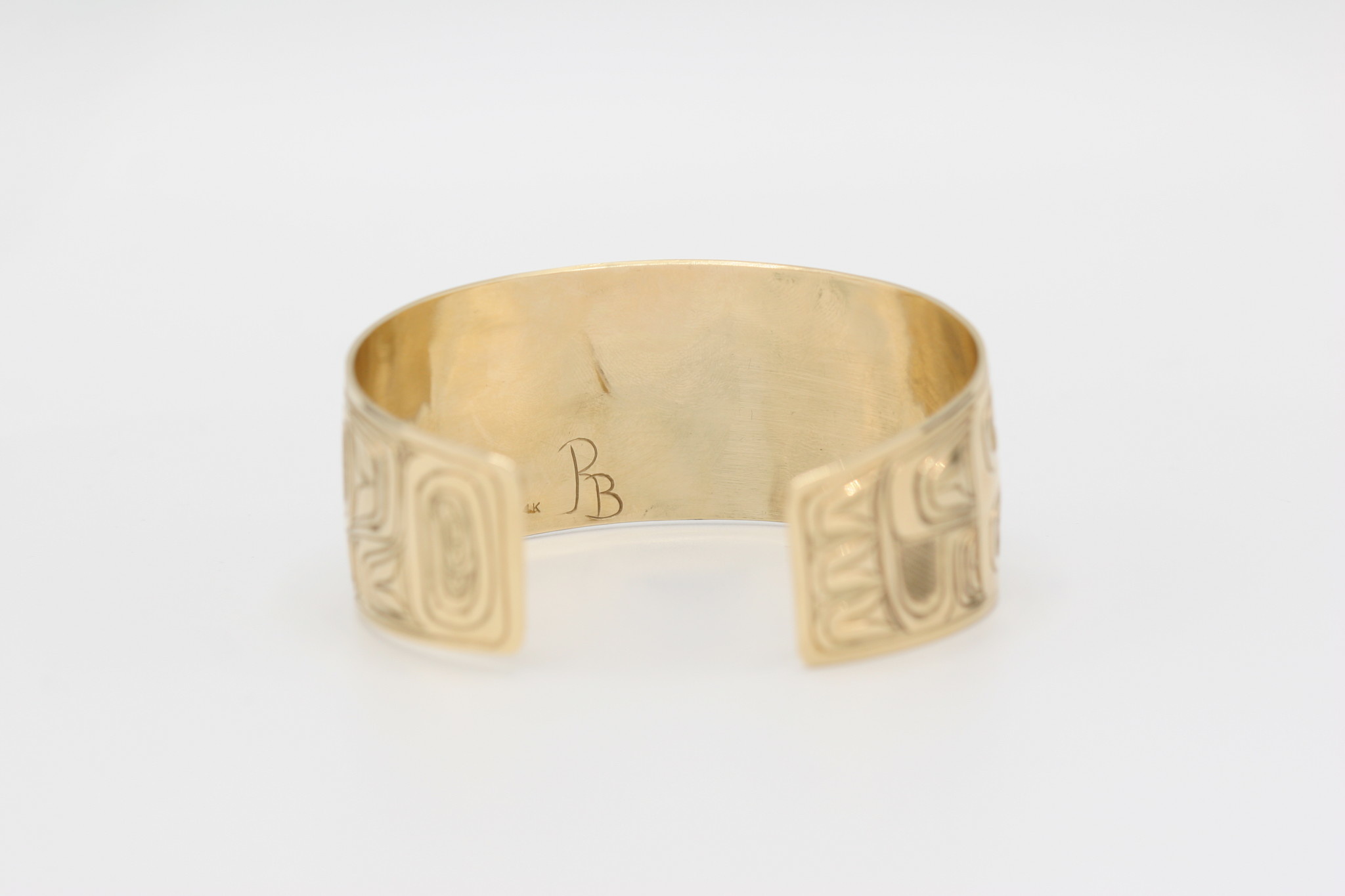 This beautifully carved 14K gold bracelet depicts an eagle in the center, a second smaller eagle on the left and a orca on the right.

Eagle is one of the most important beings in the art and mythology of the Northwest Coast. Eagle is revered as a powerful hunter and the ruler of the sky, a symbol of much prestige and power. Also known as a spiritual guide, Eagle symbolizes a connection to a higher realm.

Eagle symbolizes strength of character, courage and healing powers. Eagles are large birds of prey with impressive hunting and fishing skills, and respected for their intelligence as well as their extraordinary vision (literally and figuratively). Loyalty is a strong trait in the Eagle, as they mate for life. In myth, Eagles are generally noble characters, and are associated with lofty ideals like peace and the pursuit of freedom. Myths also tell of groups of Eagles gathering for co-operative whale hunting expeditions, as unlike the giant Thunderbird, Eagle is not strong enough to hunt whales alone.

Eagle feathers and down are sacred: traditionally, shamans believed in their healing powers and used them in a variety of ceremonial and ritual contexts, such as honouring a respected guest. In art, Eagle may often be depicted with Salmon, one of its favourite foods.