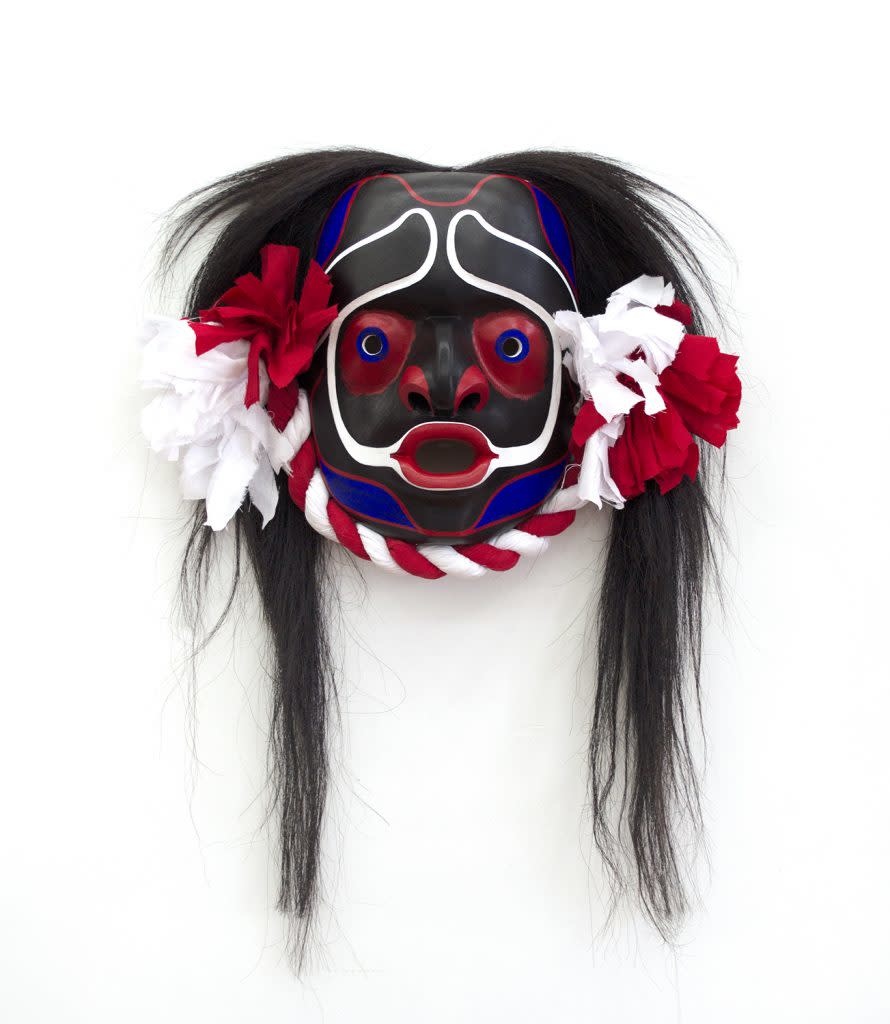 Cole Speck (b. 1991) was raised on the Namgis reserve on Alert Bay, BC. Speck comes from a very strong cultural and artistic heritage. His great grandfather was the late Chief John Speck of the Tlowitsis, father of the late Henry Speck Sr. Cole is also the great grandson of the late Harry Hanuse of Mamalalaka.

As an apprentice of the late master carver Beau Dick, Speck continues to promote Kwakwaka’wakw culture through his practice and the knowledge gained from his mentor. He also apprenticed under master carver Wayne Alfred. Speck has a tremendous love and respect for his culture and he aspires to keep old traditions alive while allowing his contemporary style to emerge.

In 2010/11, Speck assisted in the making of the Pat Alfred Memorial pole, and in 2012, he was selected by Rande Cook to apprentice on a totem pole that was later installed in Holland as part of a Northwest Coast exhibit. He participated in “RezErect” at the Bill Reid Gallery in 2013, and in 2014 he took part in “Claiming Space” at UBC’s Museum of Anthropology. Most recently, Speck performed and contextualized works on behalf of Beau Dick at Documenta 14.

In Kwakwaka’wakw myth, Tsonokwis is the undersea world equivalent of the forest Wild Women of the Woods. In many Northwest Coast mythologies, many land beings have a similar counterpart that lives below the sea.

Tsonokwis is depicted in the company of sea creatures and may have marine motifs such as fins or scales decorating her face and body. She is always very sleepy and when she dances, she sometimes falls down and her attendants must awake her.