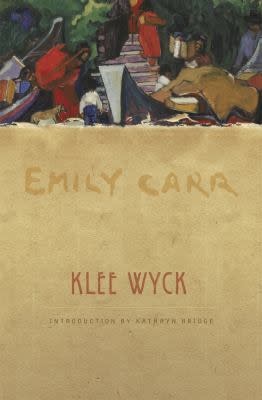 The legendary Emily Carr was primarily a painter, but she first gained recognition as a writer. Her first book, published in 1941, was titled Klee Wyck ("Laughing One"), in honour of the name that the Native people of the west coast gave her as an intrepid young woman. The book was a hit with both critics and the public, won the prestigious Governor Generals' Award and has been in print ever since.

Emily Carr wrote these twenty-one word sketches after visiting and living with Native people, painting their totem poles and villages, many of them in wild and remote areas. She tells her stories with beauty, pathos and a vivid awareness of the comedy of people and situations.

A few years after Carr's death, significant deletions were made to her book for an educational edition. This new, beautifully designed keepsake volume restores Klee Wyck to its original published version, making the complete work available for the first time in more than fifty years. In her intriguing introduction, archivist and writer Kathryn Bridge puts Klee Wyck into the context of Emily Carr's life and reveals the story behind the expurgations.