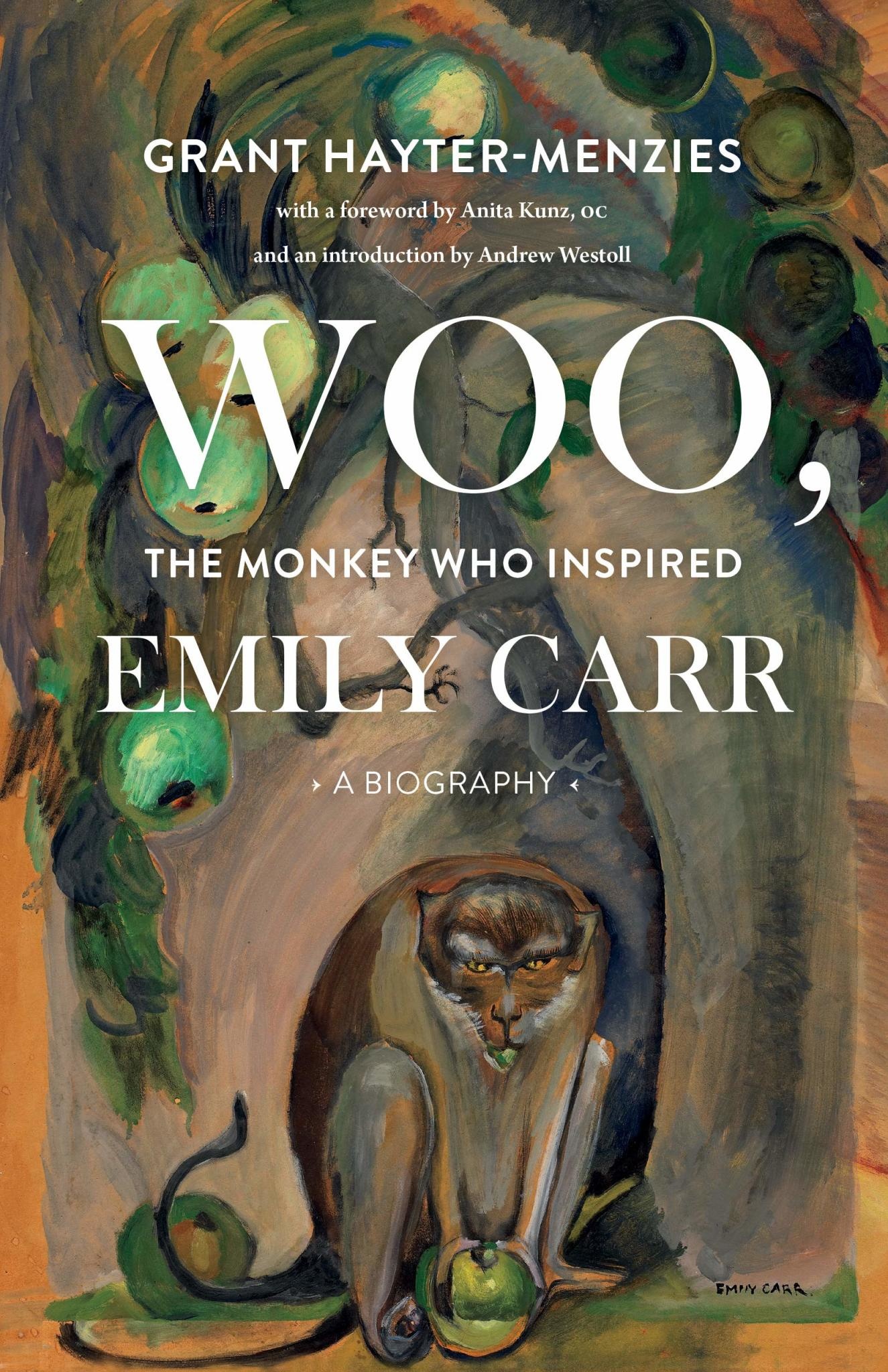 Although Emily Carr is now considered a Canadian legend, the most enduring image is that of her pushing a beat-up old pram into downtown Victoria, loaded with dogs, cats, birds—and a monkey. Woo, a Javanese macaque whom Carr adopted in 1923, has become inextricably linked with Carr in the popular imagination. But more than that, in her short lifetime Woo became equally connected to Carr’s life and art.

Born to a strictly religious family, Carr was never able to reconcile her wild and passionate nature with the stifling mores of the well-to-do Victorian society in which she was raised. Over the years, she increasingly turned to the company of animals to find the love and trust missing from her human relationships. Across the world in an Indonesian jungle lagoon, Woo (like Carr) was parted from her mother at a young age. The tiny ape with a “greeny-brown” pelt and penetrating golden eyes was then shipped across the world. When Carr spotted Woo in a pet store, she recognized a kindred spirit and took her home.

Woo was many things to Carr—a surrogate daughter, a reflection of herself, a piece of the wild inside her downtown Victoria boarding house. Welcoming the mischievous Woo into her life, Carr also welcomed a freedom that allowed a full blooming of artistic expression and gave Canada and the world great art unlike any other before or since. However, despite Carr’s clear love for Woo, her chaotic life did not always allow Carr to properly care for her. Tragically, after Carr was hospitalized due to heart failure, she arranged for Woo to be sent to the Stanley Park Zoo. Bereft of Carr, Woo died alone in her cage only a year later.

Hayter-Menzies approaches his subject from a contemporary perspective on bringing wild animals into captivity while remaining empathetic to the unique relationship between artist and monkey.